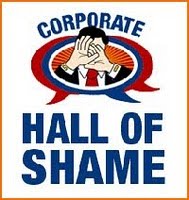 Xerox is a US based company which has won incredible popularity in the field of document management. This company was established in the year 1906 and has been very successful in the market since its venture. During the year 2002, it was found that there were wrong entries in the balance sheets in the year 1997 – 2000. The U.S. Security and Commission filed malpractice against the company and were demanded to pay 10 million dollars as penalty.


Posted by Abhi in Business & Finance