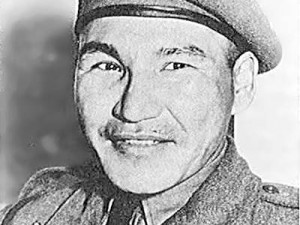 When it comes to wars, there are several sacrifices which need to be made. War heroes are certain people who tend to sacrifice the most whenever their country is fighting against its enemies. War heroes such as Paul Revere are probably known to everyone. However, there are still people, who exist through time; who have managed to accomplish a lot during wars but they are still not known by many of us.

Here is a list of a few war heroes who have managed to take full responsibility during the time their country needed them the most. However, they are still not recognized. Scroll down and read about them and you will be amazed how people can stretch themselves to this extent.


Posted by Cynthia Lee in Uncategorized