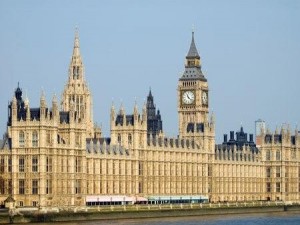 The House of Parliament, also known as House of Lords and Palace of Westminster, lies in the city of Westminster near Downing Street on the north banks of river Thames. The building plays a centralized role in the British politics as this is the place where the House of Lords and House of Parliament meet.  Withstanding two fires ever since it was built in the 11th century, the palace is a grand structure which has 1,100 rooms, 100 staircases and 4.8 kms long passage ways that speak for its grandeur. The House of Parliament also has 3 towers, the tallest one standing at an overwhelming 323 feet. As far as Big Ben is concerned, it is a nickname which is given to the clock at the northern end of the palace. The clock, which is in the third tallest clock tower, is known to be the largest four-faced one in the world and has been around for more than 150 years now.