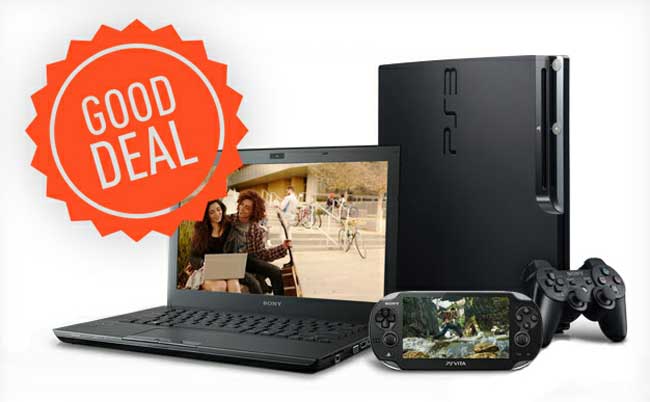 Sony is once again launching their Back to School deal and offering students a free 160 GB PlayStation 3 when they purchase a VAIO laptop. The deal will kick off in June and is expected to last until September so that students can have their new consoles and laptops in hand before heading off to their dorms.

Sony is giving the deal on custom S, T, Z and L Series VAIO PC and some other models that can be seen on the company’s website. There are some restrictions to the promotion and being an actual student is one of them. The Japanese electronics giant has structured the deal so that people that already own a PlayStation 3 can acquire other goodies in its place. Buyers can either take the PS3, a PlayStation Vita with Wi-Fi or a $200 voucher for PlayStation equipment. For shoppers that don’t want any extra gear, Sony will offer a flat 8 percent discount on the VAIO.

Sony is not the only one offering gaming consoles in back to school deals and Microsoft was first to kick off their own offer several weeks ago. The software giant enticed students to purchase PC’s running Microsoft Windows valued at a minimum of $599 by giving away free XBOX 360’s with each purchase. Microsoft has been aggressively trying to get as many of its gaming consoles into people’s homes so that it can push its upcoming connectivity software. As recently showcased at E3, apps like SmartGlass will try to tie together several devices including TV’s, mobiles and gaming consoles.

Sony may be going for a similar push into homes and dorms but may be trying to use the popularity of its PlayStation to increase sales of its VAIO brand. The electronics maker has had record losses this year after brands like Apple and Samsung outpaced their rival in sales of electronics including smart phones.