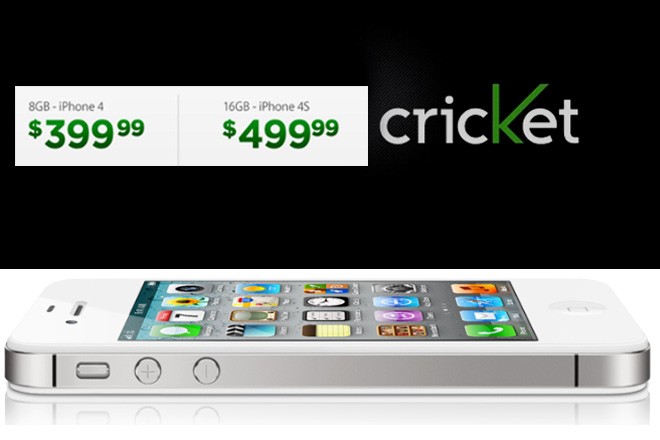 The moment when Cricket revealed the news about iPhone being on sale, customers who could not wait to get their hands on the phone, lined up at the door. Well what exactly is the reason that makes Cricket the most interesting player? Yes it’s the the contract free cell phones, which customers are allowed to buy.

Besides no-contract iPhone, this wireless service also qualifies to be the first one to offer a prepaid phone. The 8 GB iPhone will be sold at $399.99, while the cost of 16GB iphone 4s is $499.99.

The $55 per month no contract plan of the phone contains unlimited calling and text messages, along with 2.3 GB of data which makes the package more attractive.

According to Cricket officials the phone is available at selective company’s storefronts. Few people think that this package might help iPhone in losing the cool factor, but people are more interested in taking advantage from this unique offer.

Cricket has become a trend setter of the market, the strategy of iPhone adding cricket as new carrier partner is being admired by many companies; Samsung is planning to implement similar strategy with Galaxy SIII.

The basic aim behind this unique strategy was to spread awareness among people about using wireless instead spending massive amount of cash for a data plan. Few customers have also estimated the amount that will be saved at the end of the month, with the help of this plan.

Slow service, bad coverage and dawdling data speed are few drawbacks of this package, though the no contract plan helps in attracting customers, still most of the people would prefer buying a contract phone instead of dealing with a slow and clumsy data speed.

The deal seems going well for Cricket but on the other hand iPhone is preparing itself to add new carrier partners.