Home » Pets & Animals » Difference Between a Leopard and a Cheetah 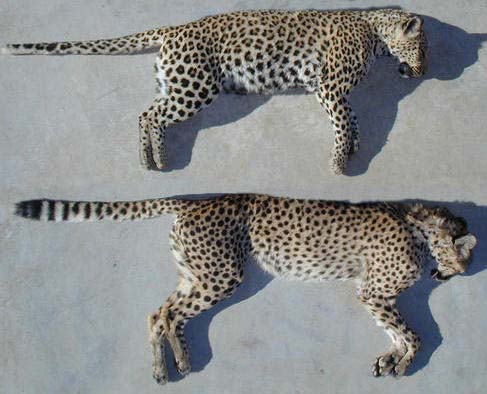 Leopard and a Cheetah

Many people are unaware that there is a considerable difference between the appearance and the physical attributes of a cheetah and a leopard. The basic difference is in the appearance of the two carnivores. Cheetahs have round spots on their body whereas leopards have rosette-shaped markings on their body. Other major differences include their physicality, habitat and hunting techniques.

Leopards like to climb trees and are physically stronger to cheetahs whereas the latter is one of the fastest animals on earth. Cheetahs also have a relatively leaner body structure and are taller than the leopards.

Scroll down to read the rest of the article.


Posted by christian in Pets & Animals