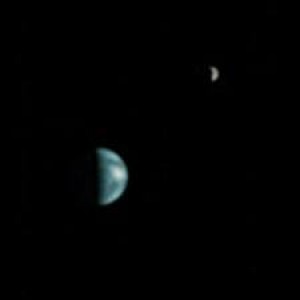 The only similarity that Earth and Saturn share is the fact that they are both planets in the solar system, which orbit the sun. Throughout history, people used to believe that the two planets were very similar, but owing to the advancements of science, we now know that the two planets are very different from each other, in every sense of the word.

In size, Saturn is much bigger than Earth, as it is the second largest in our solar system, with an equatorial diameter of 120,536 km, making it nearly 10 times bigger in size than the Earth. The only planet in our solar system that is bigger than Saturn is Jupiter. However, a major factor that Earth has over Saturn is the fact that the former is a lot denser; the latter consists mostly of gas particles, instead of having a solid core and surface like the Earth and many other planets including Mars and Venus.

So far, Earth is the only planet that has been found to have an environment where human life can comfortably survive, while planets like Saturn are not able to support life in any manner due to extreme temperatures and other factors like the lack of water, which is a basic necessity for life to exist and evolve.

Earth has just one moon that goes around it, while Saturn has many more moons, including Titan, which is the largest moon (even bigger that the moon which Earth has). There are big, beautiful rings around Saturn that make it very distinct, while the Earth has no such features.