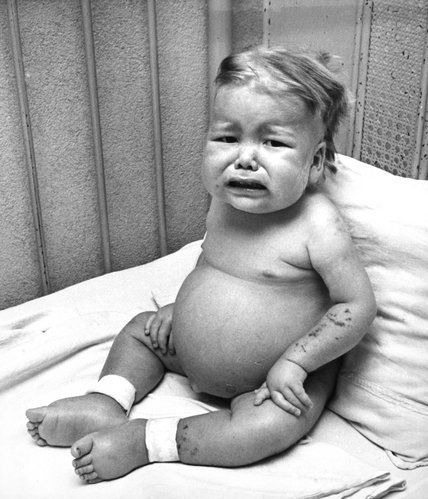 Kwashiorkor and Marasmus are diseases that are caused by different kinds of malnutrition and are more common in small children. Many people think that they are two names of a same disease but there is considerable difference between the two conditions.

Kwashiorkor has a greater effect on the skin of the child and the skin becomes broken whereas there is no change in the texture of the skin in case of the Marasmus disease.