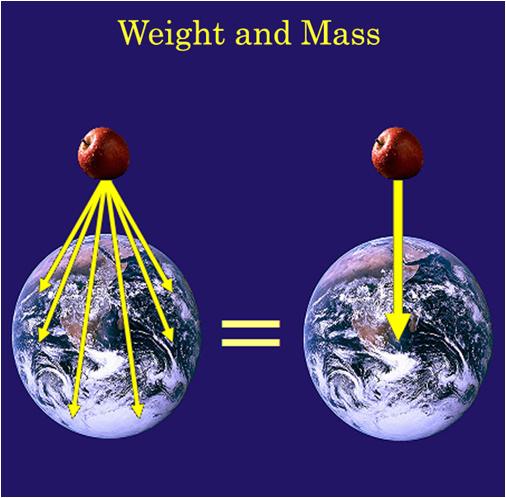 Mass and weight are often confused with each other. They are frequently used as synonyms in regular language and discourse. The science students and even scientists sometimes find it difficult to differentiate and use them interchangeably.  On the other hand, mass and weight are quite different from each other, possessing many distinct qualities. Once you thoroughly understand the differences between mass and weight, you would be able to use them properly and according to the requirement.

Mass is the quantity of matter present in a matter (object) whereas Weight is a force with which the earth pulls the matters towards its center.

Mass is an “intrinsic property” of an object and, therefore, remains stable (constant) at any place and time in the universe.  But weight keeps on changing with the change in the magnitude of the gravitational force.

Mass of an existing object can never be zero while Weight can be zero if there is no gravitational force acting on the object, like that in the space.