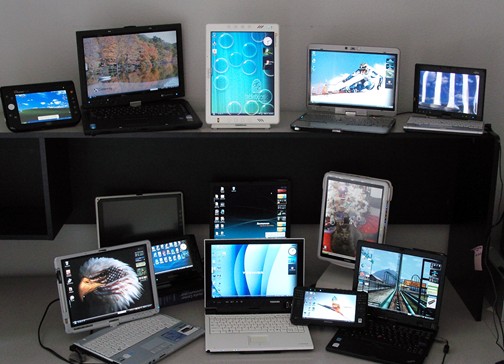 Computer technology is on the boom and has taken newer shapes in the last couple of decades. Tablet computers have found a serious niche in the market. They have certainly hit a chord with the consumers as they are portable and offer most of the options that a traditional desktop does.

Since the demand is great and profits can be had, many tech giants have joined in the market and are manufacturing their own tablets. These come in different sizes and with varying specifications. The prices too vary a great deal and one can find a tablet from just under a hundred dollars to one that costs several times over.

Two useful options that offer good value for your money are the Vizio tablet and the Motorola Xoom. There are certain differences between the two of them.

The operating system used by the Xoom is Android 3.0 whereas the Vizio tablet uses the slightly older version of android, the 2.3.

The Vizio tablet comes with a single front facing camera whereas the Xoom has two cameras. The front one is 2 Mega Pixel and the back one is 5 Mega Pixel.

Motorola Xoom has a 1 GHZ Dual Core processor along with 1 GB RAM. The Vizio tablet has 1 GHZ single core processor with 512 MB RAM.

The display screen in the Vizio tablet is 8” while the screen in Xoom is 10.1”.