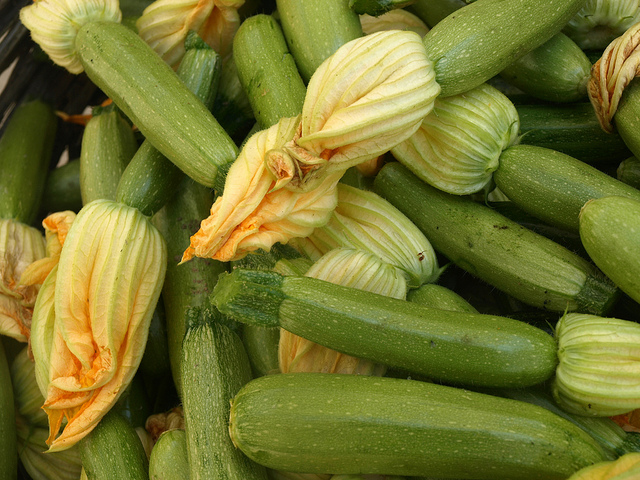 Zucchini and courgette are squash summer veggies belonging to the same family of vegetables, Cucurbita pepo, which is why people often confuse them, believing they are both just names of the same vegetable.

While it is true, the two are indeed names of the same vegetable, they denote different stages of growth during the plant’s development. To put it generally, Courgette is the young plant, and Zucchini is the name given to it when it matures.

Zucchini and courgette can primarily be differentiated on the basis of size and colour. Courgettes are typically yellow and smaller in size with dimensions of around 14×4 centimetres. A perfect courgette is no fatter than a cigar, with a wide open yellow flower still hanging at the tip of the stem. The flower clinging to a courgette’s tip is usually larger in size than the vegetable. Zucchinis on the other hand, are dark green in colour and can reach nearly a meter in length. However, they are best harvested at half that size or less.

The etymology of zucchini comes from the Italian word “zucchino”, which literally means a small pumpkin or a tiny squash. People in North America, Australia, Scandinavia and Germany call this vegetable zucchini, while the natives of France, Great Britain, New Zealand, Ireland, Holland and South Africa call it courgette.

In culinary context, both zucchini and courgette are treated as veggies, but botanically they are swollen ovaries of the zucchini flower and are hence regarded as immature fruits. Unlike their counterparts, the cucumbers, both zucchini and courgette are preferably served cooked, as savoury dishes. Courgettes are softer in texture and need less cooking time as compared to Zucchinis. Moreover, the former is considered more tasty as compared to the latter.