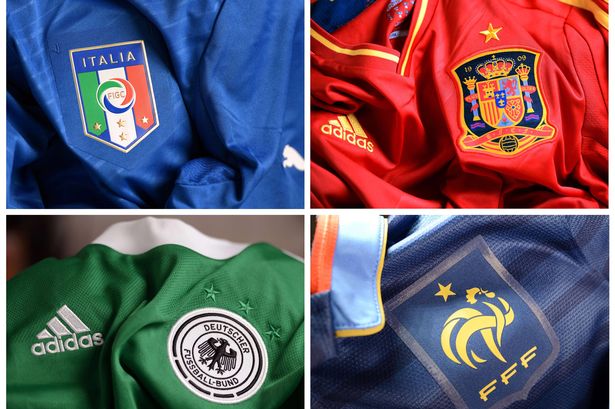 For all those who are going to wear a jersey to support their country at this month’s European Championships, they might be putting their physical health in danger, according to the European Consumer’ Organization (BEUC).

The European Union has warned fans that the chemical which is used in these shirts could be bad for their health, after some were found to have injurious substances. The research was conducted by Europe’s consumer watchdog that the shirts of Poland, Spain, Russia, Germany, Italy, Ukraine, France, Portugal and the Netherlands have all been found to contain “worrying” amount of chemicals. Surprisingly, these shirts are all produced by Nike, Adidas and Puma.

BEUC said in a statement “Host country Poland’s shirt should be banned outright from shops as it contains an organotin compound, used to prevent sweat odour, in higher doses than the legal limit. Organotin can be toxic to the nervous system.”

In the meantime, the research also revealed high level of lead in the shirts of France, Germany, Ukraine, Italy, Russia and Spain. On the other hand, Portuguese and Dutch shirts were found to have nickel.

In addition to that, there is a chemical known as nonylphenol, banned from waste water because it is extremely dangerous for the environment, is also found in Spain and Italy shirts.

BEUC director-general Monique Goyens said in a statement that every shirt costs around €90 (£73), so by comparing the cost, the companies should at least provide good quality and safe products to the customers. He further added “It is clearly foul play by manufacturers to use substances harmful to both people and the environment.”

This news is an exact replica of the story that was unveiled in 2000, when a report in Germany stated that Borussia Dortmund jerseys, made by Nike, contained a heavy metal compound known as TBT, or tributyltin, which stopped smells and causes extreme sweating.


Posted by chris_ellsbury in Sports