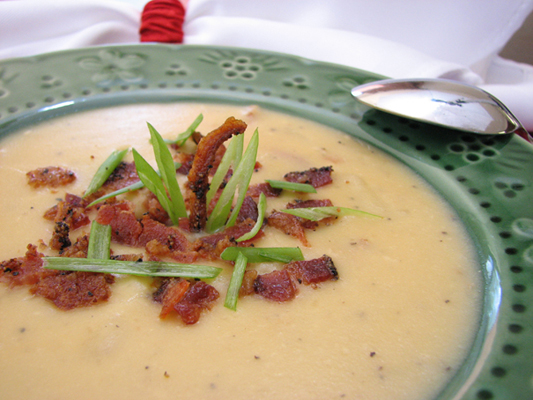 When you think of winters and gaining warmth, the one image that is bound to pop up in your mind is soup. Winters and soup go together so well especially if the soup is a hearty and filling one like the bacon potato soup here. The ingredients of the soup are among our favorite ones and are easily available so you do not have to plan much ahead for it. This is a soup a doting mother would make for the family to keep them warm in a delicious way. Potatoes make the soup thick and warm while the bacon adds in its own richness. Make it when you feel like treating the family and spending quality time over bowls of steamy rich soup. Get working instantly with our guide below which has simplified the recipe in a step by step manner. Happy sipping!!
Ingredients
Instructions
3.2.1284


Posted by Cynthia Lee in Soup