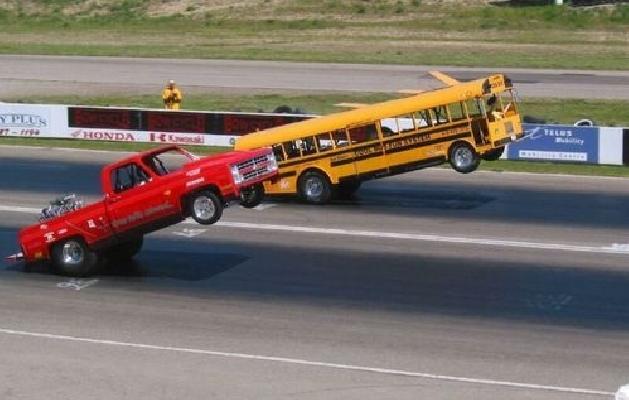 Drag Racing – a kind of racing in which two cars accelerate from zero, on a straight track usually not more than five miles.  One can easily conclude any driver’s shifting accuracy by this type of race. Cars participating in these races called dragster.

Drag racing is a whole science and to win, the drivers must not only have a quick car but also a lot of other useful knowledge in this regard, as some of the world’s best experts assure the fastest acceleration car depends on 60% of the drivers and 40% of the cars.

Naturally the fastest dragster acceleration depends on the power of the engine, so all participating cars are divided into classes, depending on the capacity of the installed engine and type.

Street dragster passing the quarter mile in 10 seconds is considered very fast. Power of such a car is at least 500 horsepower. Drag racing first came to the United States and became very popular across the world in recent years.


Posted by mario in Cars