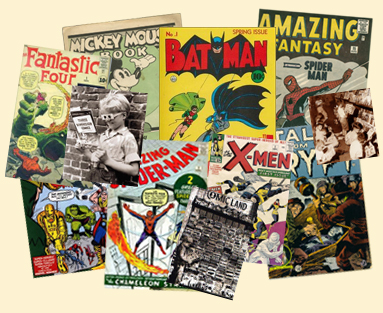 A stack of old and modern comic books sitting at the basement of the house serves no other purpose than occupying the space. Through little modifications in their outlook, they can be turned into a source of cash accumulation. More often than not, people are content with handing their book collection to the middlemen in return for a meagre sum. In doing so, they never think about the fact that the third party working between them and the ultimate buyer is making ten times more than what they get. The worse thing is that there is no rocket science to selling these comic books.

In this day and age, social media has opened up new horizons for making connections and accessing the target market. Pictures of the comic books taken from a digital camera can easily be presented before the whole world and valued through bidding from the interested parties. That can ensure the highest possible price of the books.

To know about particular ways to follow while selling comic books to right customers, a few methods mentioned below can serve as the starting point.


Posted by kenny-howard in Marketing