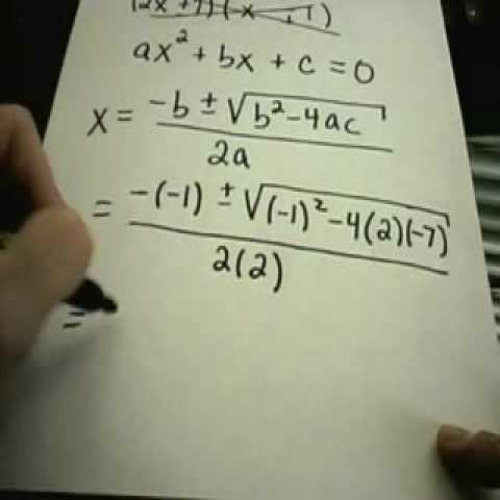 In some mathematical equations we have to calculate two different values of a single variable. Such equations are called Quadratic Equations and it is generally represented in the form ax ² + bx + c (where a ≠ 0). In the equation we can see that the ‘x’ is a variable and a, b and c are constants. As the variable ‘x’ has power ‘2’ so this is another reason for having two values of ‘x’.  There are quite a few methods for solving quadratic equations and some of the very common used in schools include factorization method, completing square method, graphical method and by quadratic formula. If you have any problem in solving quadratic equations then the next few minutes will make you change your thoughts.


Posted by Michael William in Education