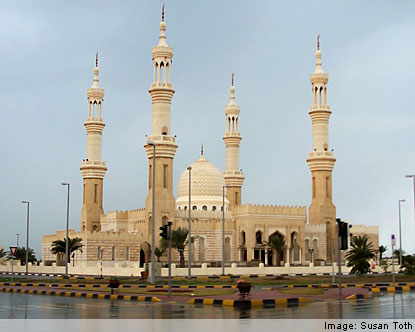 From the capital of United Arab Emirates Umm al Quwain is 61.2 km far. Tourists travelling from Dubai to Umm al Quwain usually prefer car, although all means of transport helps you in covering the extent of distance between two locations.

Planning a journey to Umm al Quwain can be exciting, whether you’re a UAE citizen, intend to see someone there or a tourist who wants to explore the culture in different emirates. It’s one of the sovereign emirates of United Arab Emirates and is situated in the northern region of country.

With 62,000 inhabitants, this emirate declares itself as the least populated emirate. Covering the area of 750 kilometers Umm al Quwain was initially ruled by Rashid bin Ahmad Al Mu’alla. The name of the emirates has several spellings it has been spelled as Umm al Qawain, Umm al Qaywayn, Umm el Qiwain and Umm al Qaiwain.

If you’re planning travel between Dubai and Umm al Qaiwain, do follow the guide below to avoid any hassles on the way.


Posted by aimee hudson in Dubai