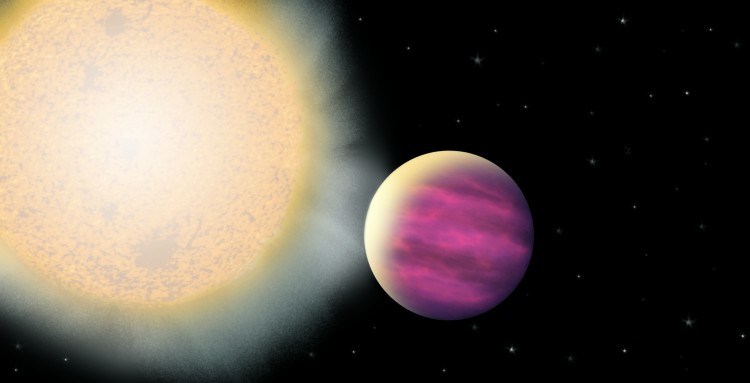 The Kilodegree Extremely Little Telescope (KELT) located in Arizona has detected two new planets. The planets are being described as unusual and are in orbit around very bright stars. The discovery was presented by Thomas Beatty, a doctoral student at Ohio State University in Columbus, to the American Astronomical Society. The meeting was the 220th of its kind that took place in Anchorage, Alaska.

The discovery is interesting because KELT has a lens that has a zooming power of the latest digital camera which is a far cry from the KEPLER space telescope. KEPPLER was launched into orbit by NASA with the task of finding far off planets that would be difficult or impossible to see from Earth.

The new planets are located outside of our solar system, about 825 light-years away in the Andromeda constellation, and are balls of gas. One of the planets, KELT-1b, takes up a massive amount of space and is calculated to be a little bigger than Jupiter.  The very dense planet is thought to be made up of metallic hydrogen and has 27 times more mass than Jupiter. Along with this, the planet has extreme temperatures thanks to a nearby star. KELT-1b is believed to be above 4,000 degrees Fahrenheit on its surface and is hit by 6,000 times more radiation than Earth. The proximity of the planet to its parent is also the reason it can quickly make its way around the star and it has been recorded that KELT – 1b completes an orbit in 29 hours.

The second discovery has been named KELT-2Ab and is at a distance of 360 light-years from Earth. The planet is similar to previous planets that have been discovered by scientists and is larger than Jupiter and denser. The interesting thing about the planet is that its parent star is extremely bright and can actually be seen from Earth.