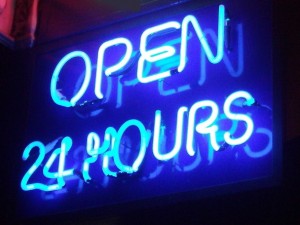 Dubai has proven its merit as a metropolitan in the true sense, having the largest population and second largest land territory by area compared to all the other Emirates. The Statistics Centre of Dubai took a population census in 2009 and found it to be 1,771,000, which isn’t exactly a small number.

This is also reflective of the growth and the amount of people who have thronged to Dubai over the past few decades. This population growth has resulted in a business boom, and the food industry cannot be ignored when we talk about growth. In this guide we will list some of the best restaurants in Dubai which are open 24 hours for service.