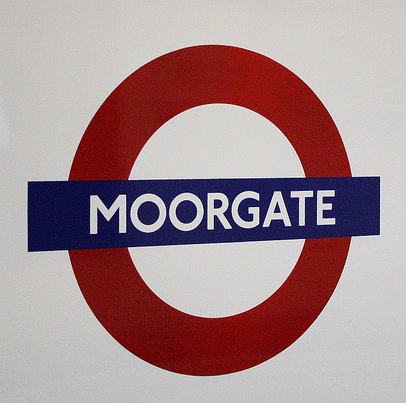 Moorgate tube station serves commuters for both the National Rail and London Underground. The stop serves four major lines of the tube system including the Metropolitan, Hammersmith & City, Circle line and Northern Line along with the Central London Railway. The station’s structure, which contains eight platforms, is located just beside Finsbury Circus and operates in travel card zone 1.

Originally, the station was started as an extension of the Metropolitan Railway in 1865 but in 1868 four more tracks were laid down. Then in the 1960’s a renovation plan was put into place and these lines were dedicated solely for the Circle, Hammersmith & City and Metropolitan Lines. Presently, the station serves about 7 million commuters annually and has escalators, cash machines and payphones along with four entrances.