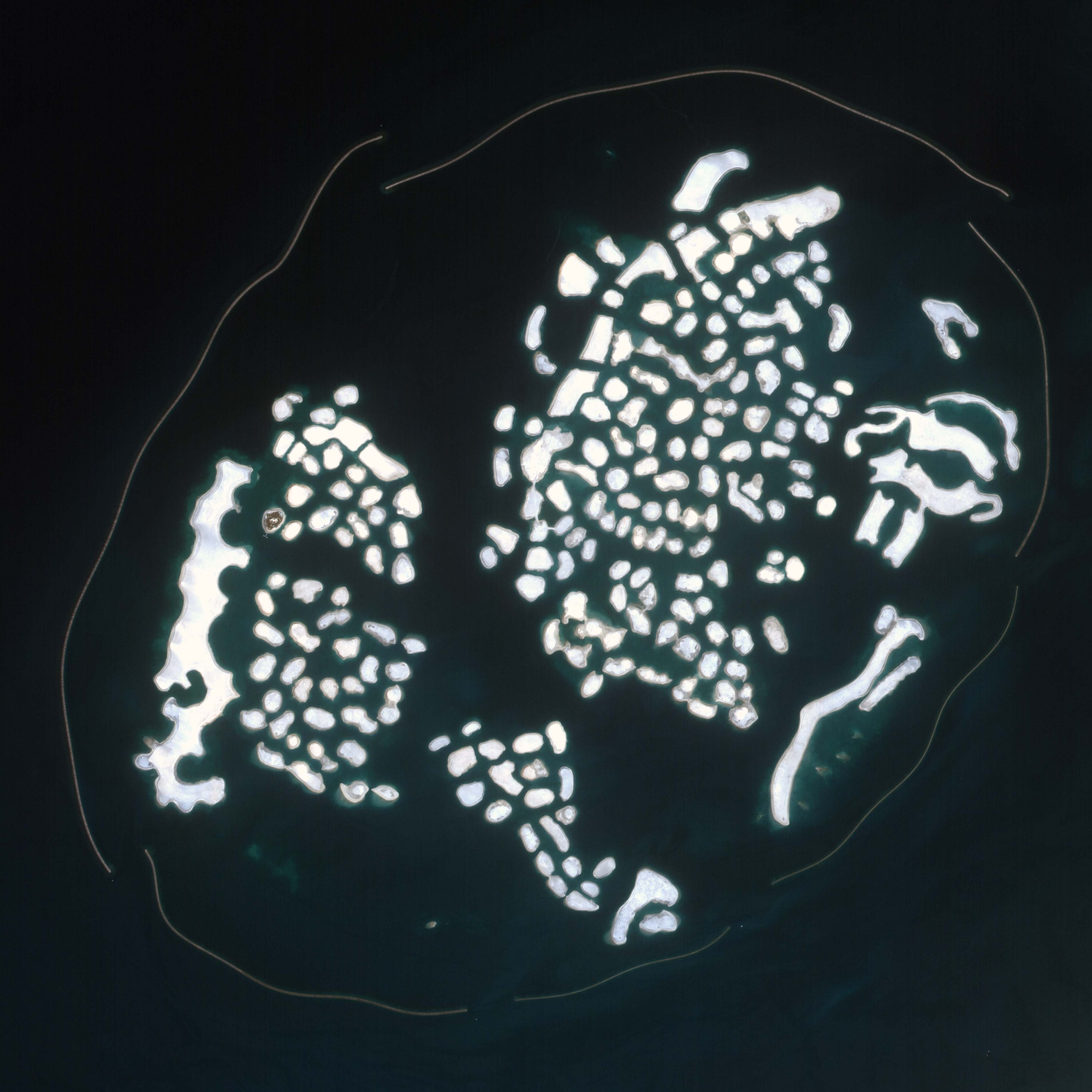 Dubai’s economic boom fueled a real estate market that was red hot for many years. During this time of speculation many unique ideas were being developed by real estate companies. One of these out of the box ideas was The World Islands which is a group of man made islands four kilometers off the coast of Dubai. The archipelago is roughly in the shape of a world map and each island group is named after areas or countries of the world. The developers of the exciting project is Nakheel Properties who are following the vision of the ruler of Dubai who conceived the idea of the World Islands. Currently the islands are still under construction and the only properties open on the archipelago is the model home for display and the Royal Island Beach Club.