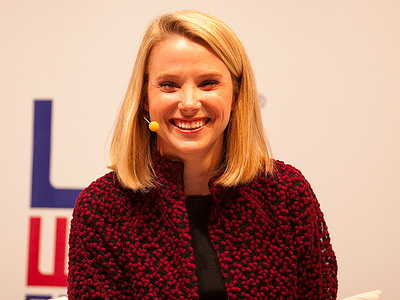 Marissa Mayer just doesn’t seem to move out of the spotlight when it comes to news about her. Starting from her new post as a CEO of Yahoo to her pregnancy, now the talk of the town is her 1 million base salary, which was recently disclosed by Yahoo.

The former CEO Scott Thompson was also appointed on the same base salary, but he somehow got only one third of that before he left because of a controversy related to his educational documents.

Marissa’s pay package also includes 200 percent annual bonus on her base salary along with $12 million for annual equity award.

After including some stock grants into her salary, she will be able to take around $20m a year, making it whooping $100m in a duration of five years.

According to some industry analysts, the move to appoint Mayer as a CEO clearly shows that Yahoo is expected to renew its focus on web technology and products.

The appointment of Mayer seems like a substantial development in the tech world as she has established herself as one of Silicon Valley’s leading female executives, both inside and outside the organization. She is very much popular for her love for fashion and is considered a known socialite for the parties she frequently hosts.

She married a real estate investor Zachary Bogue three years earlier. Mayer has said on the social networking website Twitter that the couple is expecting a baby boy in October.

Despite the leadership crisis at Yahoo, the company is considered to be world’s most popular website which claims more than 600 million traffic on monthly basis.

Being a CEO, Mayer has to face various tough challenges regarding flagging financial performance and increased competition from different web giants including Facebook and Google. She will work as the fifth CEO of Yahoo.


Posted by johnross in Business & Finance