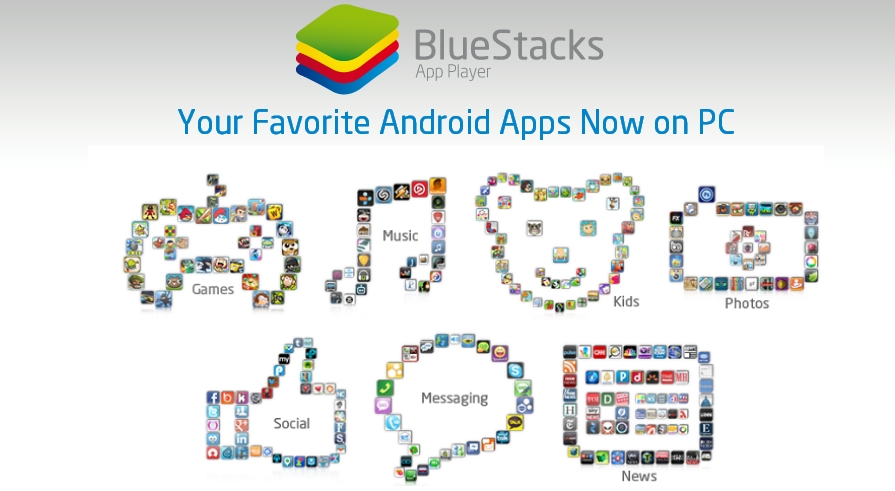 ASUS on Sunday collaborated with BlueStacks, enabling its users to run Android apps on a Windows PC. This deal will ultimately help in bringing Android apps to more than 30 million ASUS PCs across the world. It is a strategic alliance that will make ASUS computers more Android friendly. If you own an ASUS computer with the asus@vibe app store, you will be able to use the BlueStacks App store for PC and Android apps.

BlueStacks is an application that creates “App Player for PC” which allows Google Android apps to run on Windows based machines. It also provides users with entertainment, games and other Android related things.

In celebration of the alliance, ASUS will include BlueStacks in its asus@vibe entertainment platform and will have six months free access to hundreds of thousands of Android apps. It also provides the option to upgrade these apps in the future and to sync them from phone to PC. Presently, @vibe is obtainable on several ASUS products such as EEE PCs, ZenBooks, notebooks and much more.

Vira Chang, Head of eBusiness Services, proclaims that ASUS is pleased to include a huge selection of apps that were previously not accessible on Windows PCs. Collaboration with BlueStacks is a good addition to the @vibe family. He also stated that the increased revenue that BlueStacks represents has managed make an impression.

On the other hand and according to BlucStacks President and CEO, Rosen Sharma:

“ASUS has created a phenomenal software experience on PCs. Launching with ASUS at Computex 2012 solidifies BlueStacks’ leadership position as the sole provider of apps for consumer electronics and PC manufacturers worldwide. Our strong portfolio of apps from top developers, combined with our unique monetization engine makes this a revenue-generating opportunity for PC OEMs. This is a winning proposition for the entire PC ecosystem. App developers who have already built for Android can now just run their apps on Windows PCs through BlueStacks. We’ve done the heavy lifting for the benefit of all.”

What remains to be seen is whether this is a short honeymoon period between the two companies or will this collaboration be as successful as the companies themselves.