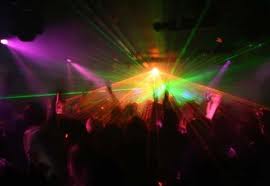 Bollywood celebrities frequent Dubai for many award shows and other industry events and make the city a great place to spot famous actors and actresses from India. Visitors that do not get a chance to run in to an actual Bollywood personality can have just as much fun at the Bollywood Stars nightclub in Ramee Guestline. The venue is a Bollywood themed club that plays hit songs from India’s popular film industry along with live musical acts. Bollywood Stars also serves Indian cuisine along with drinks from the bar. The glitz and glamour of Bollywood can be found every where in the club including the decor and song selection. The club also plays some contemporcary western music when the DJ is spinning at night. Most customers know Bollywood Stars as a late night venue and it is best to visit the club later at night to enjoy the maximum crowd. Visitors may not see actual Bollywood stars at the venue but they will feel like one themselves.