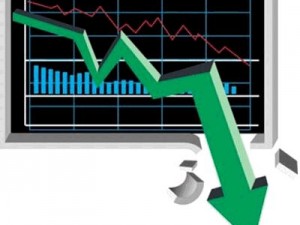 A stock market crash is not only dramatic but its ripple effects are spectacular. A good example is the 1929 stock market crash that led to the great depression. The Dow Jones industrial average plunged from 381.3 to a low of 41, leading to a huge sell of that offset the depression. This drop happened only for four days but its effects were felt for years and years after. For example, it took 25 years for the Dow Jones index to get back to the high point of 381.2.

In the period of four days that the Dow Jones dropped 25%, the stock market lost a record 30 billion, valued to 396 billion worth today. In the early twenties, people had started to invest in frenzy, and the economy was growing at a rate of 20% per year. When black Thursday came, in octob4er 24 1929, the stocks fell a whole 11% within a single day. This caused panicked investors to sell their stocks in an effort to recover their investments. By black Tuesday the harm had already been done and the stock market was just pandemonium.

The effects of the market crash were devastating to everyone in the United States. People who were owed money and banks started calling in debts, causing people to sell off their property to offset debts. The great depression was one of the most terrible periods in history because the economic growth dropped by 50%, and unemployment reached a new high of 25%.this is a classic example of the effects of a stock market crash and what it does to the society as a whole. The effects were not only felt in the United States but the whole world as world trade fell by 62% during this time. Some causes for a stock market crash could be: