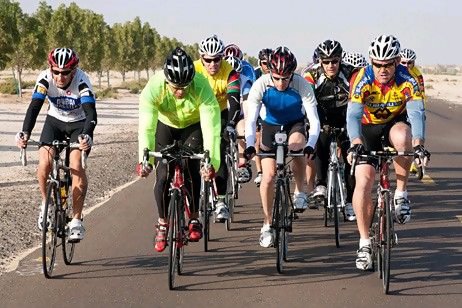 Cycling in Dubai is not only considered a leisure activity, but instead considered as an adventurous experience for cycling geeks. The city is well known for its gleaming cycling paths. However, this activity is not allowed on major highways and motorways.

There are different companies and shops which organize various adventurous events to inspire and enthuse experienced cyclists out there, as well those who are new to this sport, but want a daring challenge. Apart from that, there are many shops where you can get a wide variety of road race and triathlon bicycles and their complete servicing and repairs. Below is the list of these shops for your convenience.


Posted by chris_ellsbury in Dubai