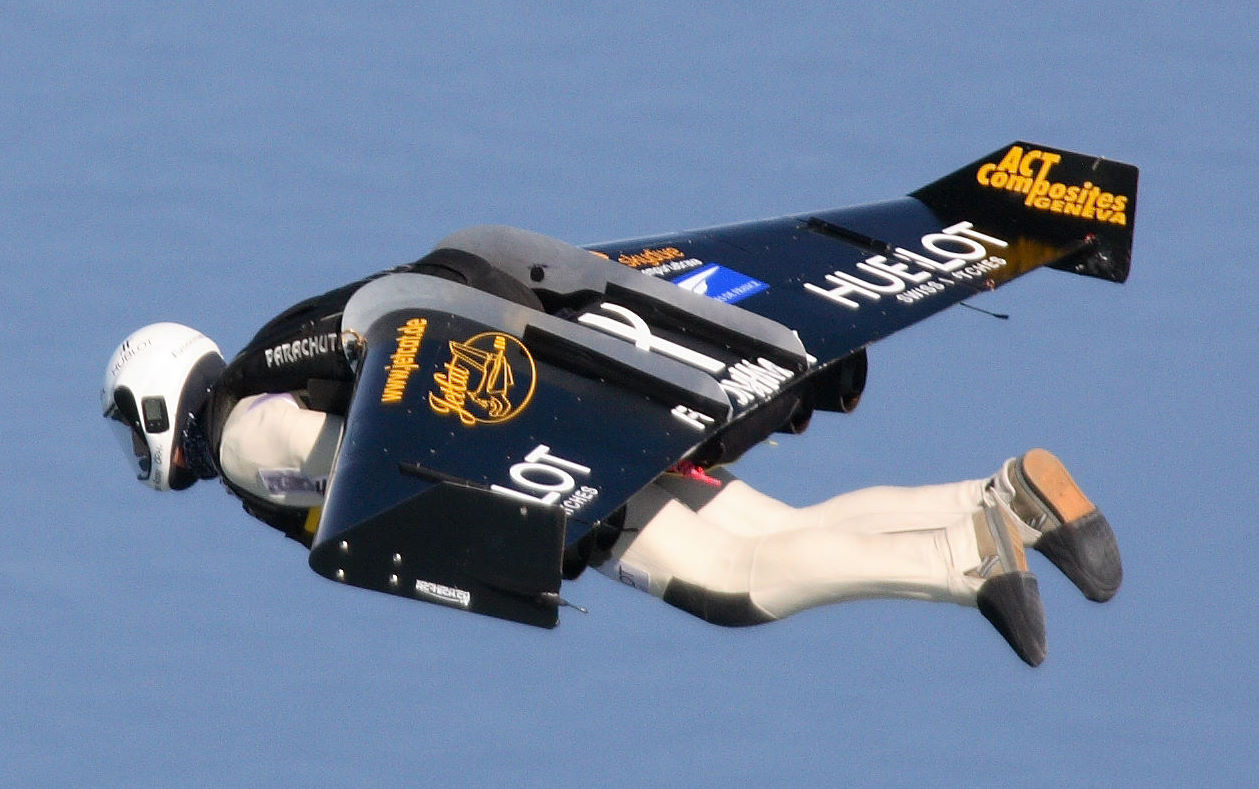 Look… in the sky! What is it? Is it a bird? No it’s an alien’s space craft? No look carefully it might be a plane. No, wait, wait, it’s a jet Powered Man; it’s the daredevil Yves Rossy. Yes the Swiss aviator succeeded in making the world’s first jet-powered machine and became the world’s first man to fly it.

The most astonishing scene was when he was actually flying at the same level as the vintage plane was at. 1940s Breitling Douglas DC-3, a twin propeller aircraft was on its way to reach at its destination when, the Swiss daredevil dropped himself from the helicopter and flew along with the plane.

This astonishing invention took ten years to form it into working condition.

From the distance of 6,000ft from the ground, Rossy immediately deployed his carbon-kevlar Jetwing, after dropping from the helicopter.  The machine contains four engines, Rossy engaged all four of them, to full throttle.

With the speed of 205km per hour, Yves Rossy took his trip. He was 4,500 feet away from the ground. Above the Lake Lucerne, Yves Rossy got a chance to join the Breitling aircraft and presented a jaw dropping scene.

For total seven minutes the dare devil managed to keep himself flying the air as a famous super hero who is in an urge to save his country from the bad guys.

The moment his marvelous machine ran out of fuel, it was time for him to return back. Yves Rossy opened his parachute and released himself in the air to return to the ground with no harm. He might have stayed in the air for more if the fuel had not finished.

He floated down to the ground near the Buochs airport. Yves Rossy has the name Breitling printed on his jet’s wings, as well as on the costume he was wearing.