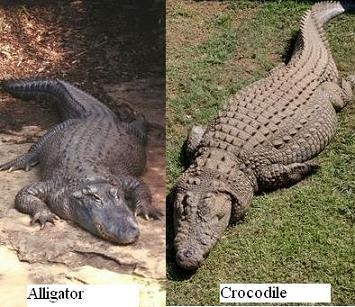 Both reptiles with notorious reputations, alligators and crocodiles often get mixed up and mistaken for each other. However, while both belong to the reptilian order Crocodylia, there are several distinguishing features that set the two apart.

Belonging to the crocodylidae family, crocodiles are partial to saltwater habitats, while alligators belong to the alligatoridae family, and tend to live in freshwater marshes and lakes. In the wild, crocodiles are generally found all over the world, most particularly in certain parts of Africa, North America, South America and Asia – alligators in the wild, however, can only be found in China, the US, and South America.


Posted by morocco-foucault in Pets & Animals