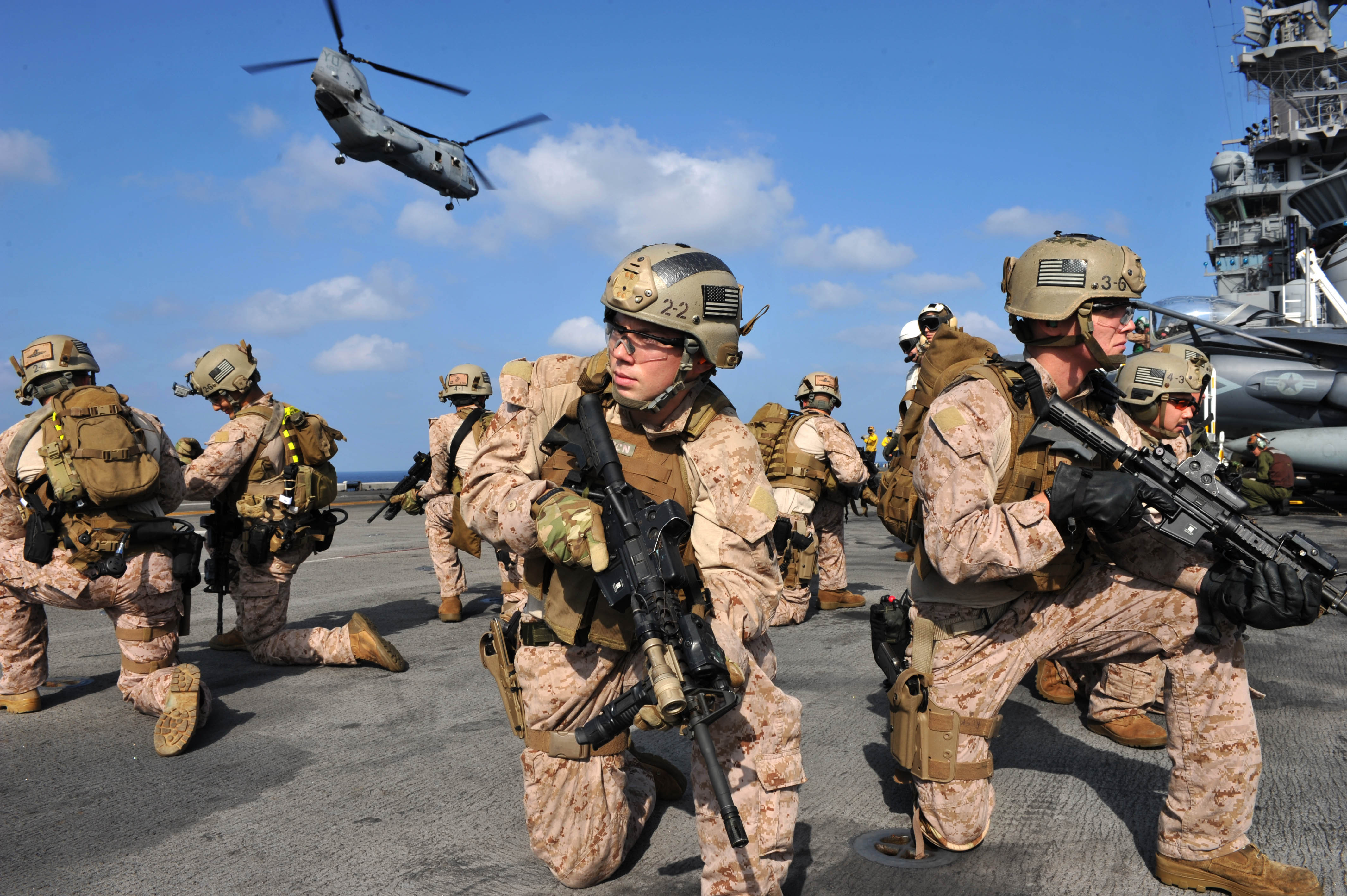 The Marine Corps is a component of the Navy, and has the responsibility of projecting power from land, sea and air. The US marines are the first to invade and capture key enemy positions in a conflict. On the other hand, the Army is a land-based military branch of a country or a state. One of the basic differences between the training in these two services is the time duration, their physical standards, and in addition to basic training every marine has to get an infantry training while army soldiers are not given this extra training.

Scroll down to read the rest including link for main differences between Army and Marine.