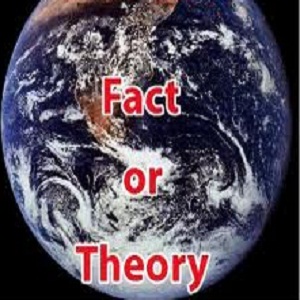 Those interested in study of science or involved in scientific research often come across the two terms of ‘theory’ and ‘facts’. The field of science includes a great amount of research. Some part of it is classified as theory while others are deemed as facts. Theses two terms are not the same and have some basic differences between them which alter their entire meaning and context. So the theory about a phenomenon may be entirely different than the facts about it. Therefore, it is extremely important to make a clear distinction between them when working academically, research, or referring them. One thing to note down is that a theory might change over time but the fact remains the same and unchangeable. Our step by step guide points out some of the fundamental differences between these two terms.

The first thing to know is that a theory may contain one or more facts but a fact does not contain a theory. There may be different theories about a single aspect of light refraction but the facts about it remain the same and final.

A fact is something proven and final. It is proved by experiments and is accepted by all of those concerned with scientific advancement. A theory, however, is an intelligent guess and seeks to explain the reasons and context of a fact itself. A theory can also lead to the finding of a fact like the theory of gravity did. A fact can be verified at any point in time by anyone. A theory is influenced by the researcher who proposed it in the first place.

Theories are evolutionary. They are modified and changed over time. Even the same researcher who formulated a theory can alter it at some point of his life. Any new data, situation, and observation can lead to a revision in a theory.

Facts do not change and remain the same centuries later. New facts can be added but the old ones remain unchanged. Facts use more scientific modes of observation and dispel myths. Theories are mainly a result of personal observation. An old theory that survived centuries was that the sun rotated around the earth. Scientific techniques like the telescope dispelled this theory and proved that the it was the earth which orbited around the sun. Hence, a new fact can alter a theory but a new theory cannot change a fact.