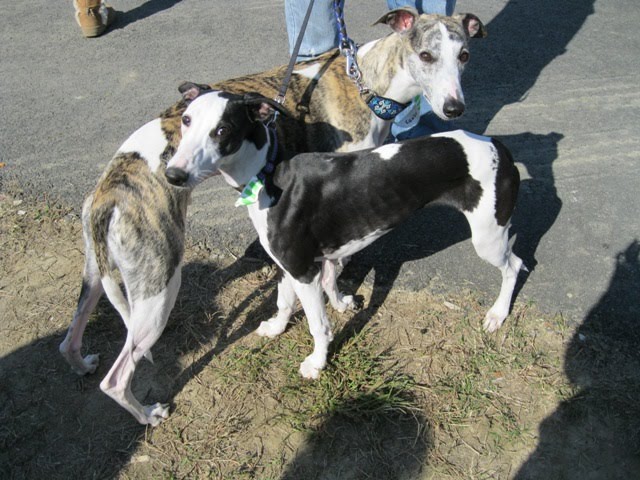 Talking about the differences between greyhounds and whippets, one can easily find out that the former of the two were an important part of history, as they were kept by the ancient rulers. On the other hand, whippets have got no such relevance and were mostly owned by working-class people.

Another major difference between these two breeds is that the greyhounds are larger in size. They can be 30 inches tall compared to whippets, who measure up to 21 inches.

Moreover, the weight of a greyhound is more compared to that of a whippet. The latter of the two weighs around 45 lbs whereas the former can weigh up to 70 lbs.

Despite being larger and heavier, greyhounds are quicker, when it comes to speed. Therefore, they are popular amongst racing lovers and are owned by different people around the world.

Due to their speed, greyhounds are used for hunting purposes. They were also used for the same purpose in ancient times whereas the whippets are not fast enough for this purpose.