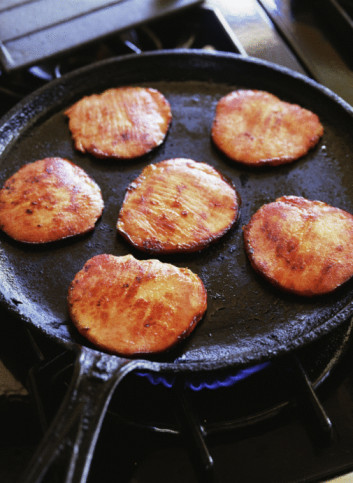 The basic difference between Ham and Canadian Bacon is the composition. While Canadian bacon is taken from the lion region on the pig’s back, ham consists of meat from the legs, shank and butt. The Canadian bacon has better nutritional value and has lesser fat in comparison to ham. It also comprises of lesser calories and is very popular as a breakfast meal. On the other hand, ham is mostly consumed at lunch and dinner as it has relatively higher fat value and because it has a higher level of cholesterol and carbohydrates in comparison.