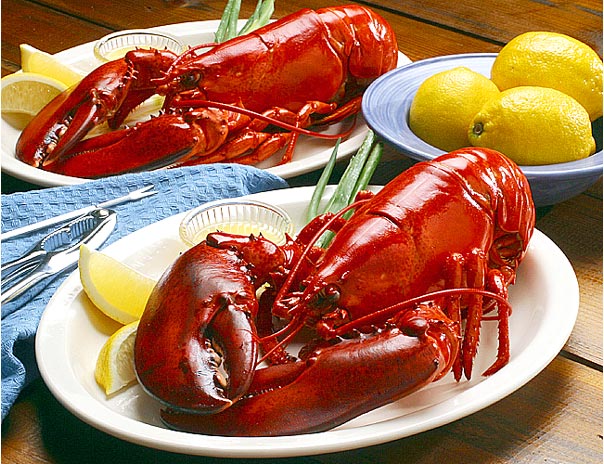 Crabs and lobsters are both crustaceans, which can easily be found in the seas. Both of them are eaten all over the world. They are often also used as bait, in order for the people using them to end up catching even bigger seafood and fish.

Despite the two of them seemingly being fairly similar in nature, they are in fact quite different.

Crabs tend to have eight legs and they can have one or two claws on their bodies as well. Their body is generally shaped like an oval, and has hard shells on the top of it.  They can range from being just a few inches big, to being a few feet in length. Lobsters are a maximum of two feet long. They have curled up bodies almost like that of a shrimp. However, they have two hard claws and a tail, which looks like a rudder. They also have ten legs, which power them  and help them move forward.

Crabs tend to eat plankton and worms, but the bigger ones can be found eating shrimp and some smaller shellfish as well. On the other hand, lobsters tend to only eat meat. They search the ocean looking to get meat from carcasses which they find in the sea. They will not care what it is that they get, as long as they get it. They can also end up eating other lobsters if they really get hungry.

Both lobsters and crabs are eaten all across the world. They are generally boiled, grilled and even fried in some cases. Crabs are eaten by removing the meat from the shell and then eating it. However, a Lobsters claw and tails are also consumed, and these parts actually end up costing more than the other parts of the lobster, which are also eaten.