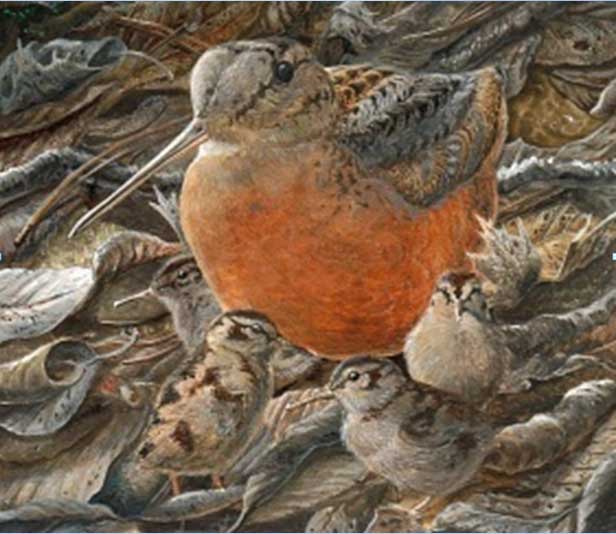 Snipes and woodcocks are both wading birds, belonging to the family Scolopacidae;  both birds resemble each other a lot in their looks, but they differ significantly in terms of diversity, behaviour, and distribution.

With 25 species in three genera, snipes are three times more diverse than woodcocks, who have just eight species in one genus. Both these birds also differ in terms of their body size; woodcocks have stocky bodies that are about one feet long in size, as compared to snipes, whose bodies as smaller than an average human palm. The weight of woodcocks averages around 300 grams, whereas the weight of snipes averages around 110 grams.

Woodcocks mostly live in woodlands, while snipes dwell in wetlands or muddy areas, such as freshwater marshes, ponds, and flooded fields; furthermore, the former show higher levels of endemism to their native habitats, as compared to the latter. Both snipes and woodcocks primarily feed on invertebrates, particularly earthworms. The former have a supersensitive bill (in fact one of the most sensitive bills among all birds), with which they can sense the food in the mud, whereas the latter have a long, flexible bill which allows them to find their food in the soft soil of woodlands.