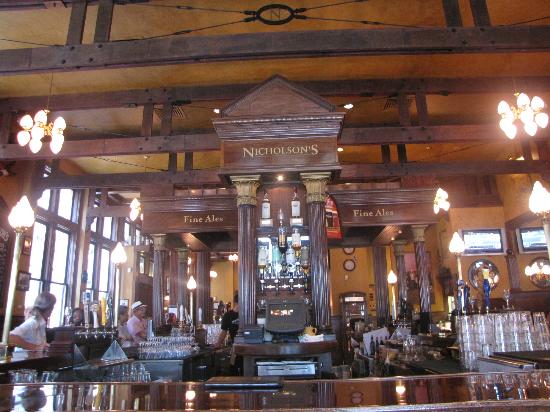 There are a number of business establishments that are created for the purpose of selling and serving alcoholic drinks to customers. Different names have been used to refer to these establishments in different places and eras, but the basic purpose behind them remains the same, i.e. to allow people to spend time together and consume drinks of their choice.

Pubs are an establishment where only drinks (alcoholic beverages, as well as soft drinks) are served to customers, while taverns offer both drinks and food. There is no hard and fast rule regarding the types of cuisine that are served in taverns – the choice of dishes on the menu depends solely upon the owner of the tavern, and the tastes of the people living in the area.

In the legal sense, younger people, below the legal drinking age, are not allowed into pubs; however, they may be allowed inside a tavern, since food is also a part of the menu at these drinking establishments. While taverns have an American influence, pub is a word that has a distinct British influence. These facilities may also be granted different licenses for the hours of legal operation.