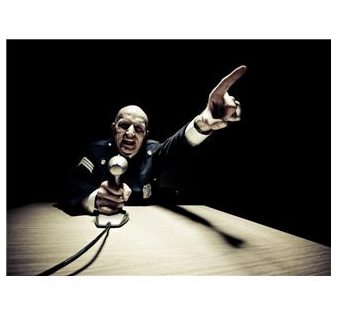 Totalitarianism and Authoritarianism are two different kinds of absolute governments in which the ruling individual or party keeps all or most of the control in the regime. Everything is tightly regulated by the authorities, with the public having to face numerous censorships and limitations regarding the information that they can have access to.

The totalitarian regime mostly has either one particular person or council based on a group of people who like to maintain the entire authority with them. This leads to not sharing any kind of power with the people, who continue to be mere servants.

The Authoritarian regime is also based upon the centralization of power. However, in this case the power is passed on to a selective group of people who have been chosen by the leading or authoritative figure, mostly dictators in such cases. These people then use the power according to their liking, and would do good or bad acts without the supervision of law, and as they desire. In most cases, these groups tend to exploit this authority such as the police in authoritative regimes, and would use any method or approach to do what they have to, even if it means oppressing the people.

Totalitarianism leaders are focused more upon an ideology while the Authoritarian leaders tend to focus on the control aspect of the regime, trying to maintain it at status quo.

In totalitarianism, when the individual or group of people no longer remains in the power, the country is faced with the grave problem of finding replacements.

Authoritarian regimes do exhibit a degree of pluralism, as the power is delegated to the desired people. This helps in the creation of possible successors for the leader or the group of people who are leading. Such regimes always try to cash in on political parties; those who are willing to let the authoritative figure or leader run the entire show. In order to help the authoritative figure head establish total control, the parties insists on their petty demands being fulfilled.