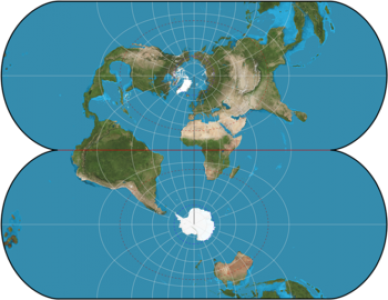 A meridian, commonly known as the line of longitude, is the imaginary great circle that passes through true north and true south, joining points of equal longitude. The great circle passing through the North and South Pole is the one that divides the surface of the earth into two equal parts, with the plane passing through the centre of the earth. In simple words, the great circle is a circle traced on the surface of the earth, having a diameter equal to the diameter of the earth. The meridian making an angle of 0 degree with the centre of the earth is known as the prime meridian, and it passes through Greenwich England. Other meridians or lines of longitude are measured in accordance with this prime meridian. The direction given by the angle between the prime central line and a meridian is called bearing. The length of each meridian is equal to half of the great circle, and thus measures 20,003.93 kilometres.

A true meridian passes through the centre of the earth, connecting the North Pole and the South Pole. On the other hand, the arbitrary meridians do not necessarily pass through the poles. Furthermore, the former is used to determine relative directions and is suitable for surveying small areas, whereas the latter is used to determine absolute directions and can be used to survey both small and large areas.