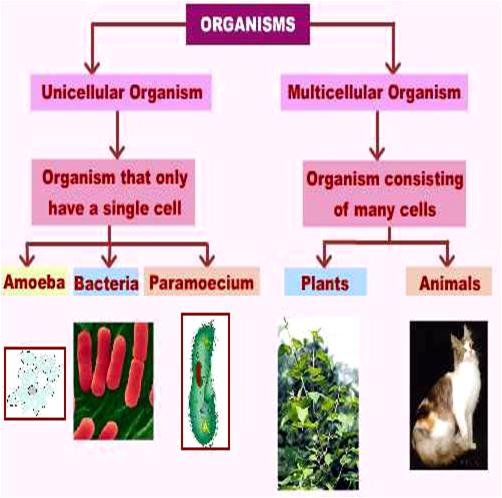 Have you ever tried to figure out how the organisms grow as their age increases? You might not know, but it due to increase in number of cells in their body. “Cells are the building blocks of life/living things.” No life can exist without cells. They are microscopic in size and possess all the biological characteristics that are essential for defining what organisms are. The number of cells varies in the living things. Based on the number of cells, organisms are divided into two major groups – unicellular and multicellular. Both types of organism are composed of microscopic cells and are capable of transcribing Deoxyribonucleic acid (DNA) into Ribonucleic acid (RNA).

It is important for almost everyone to know about the cells, their importance, and functions. However, it was discovered through some researches that many of older people, up to this time, do not even know the simple difference between unicellular and multicellular organisms. So how can you expect them to know about the other features of cells? It’s not too late yet! It is few minutes’ task to differentiate between unicellular and multicellular organisms.

Unicellular organisms have to take care of themselves as any damage or death of their only cell can lead to their ultimate death. Consequently, multicellular can survive even if few of their cells are destroyed.