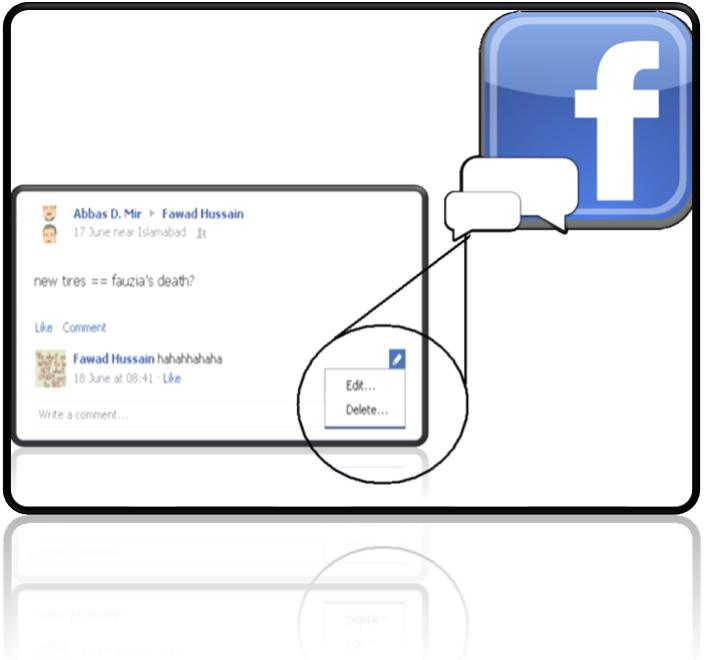 Living up to its legacy of innovation, Facebook has now come up with a new feature that will allow users to edit any old comment on status updates, photos, videos and other content posted on the site.

According to reliable sources, Facebook has now introduced comment editing which will silently creep in to every user’s profile in the coming days.

This feature will obviously prove as a blessing in disguise for two types of users. One are the kind who frequently make spelling mistakes but don’t realize the errors until an hour later, for they can now make corrections to their posts. The other type thankful for this new addition will be the ‘loudmouths’ who make controversial comments, and as a result, end up offending their friends and family.

Facebook is also introducing a new “Edited” link between the time of the post and the “Like” link on a comment. Just click the “Edited” link and a pop-up window will come into view that rolls down all changes made to the comment. In order to view the changes that were previously made, users can browse through the edit history to see what was changed.

According to a Facebook spokesperson, the site will be “showing the editing history for a comment so that subsequent commentors or likers have the full context of the conversation.”

The editing feature was added to Facebook on Thursday evening and will be gradually accessible by all Facebook users in the coming days.

What remains to be seen is whether this decision of Facebook to change the ‘carving on the stone’ will be as welcomed as expected, or will the ardent users be as disappointed as they were with the timeline update.