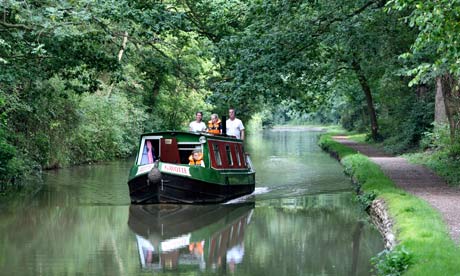 Google is working on a project that will make easier and convenient for its users to plan a trip through the waterways of England and Wales. The idea behind this project is to get more people to the rivers and canals.

Google, in conjunction with Canal and River Trust, will update its maps service which will eventually enable users to plan journeys that include bridges, locks and 2,000 miles of canal and river paths across England and Wales. At the moment, waterways are not listed as active routes that travelers can use to get around. After the information has been added to Google maps, waterways will become other routes to take through towns and cities in England and Wales.

“Canal towpaths offer green routes through our towns and cities, and by working with the Canal and River Trust we’re adding towpaths to Google Maps and encouraging people to discover their local waterway,” commented Google UK’s geospatial technologist Ed Parsons.

Tony Hales, the chairman of the trust, said: “We are delighted that these exciting partners have come on board as we launch. This is a huge vote of confidence in the Canal and River Trust and recognition of the important role it will play as the guardian of one of the nation’s environmental treasures.”

The charity will be cooperating with the largest search engine to identify all the access points to the waterways, as well as all the bridges and tunnels.

Earlier this month, Google introduced new mapping technologies at a conference in the U.S. Soon after, Apple launched its latest Ios6 for iPhone, iPad and iPod touch devices. Among many new features included in the software, the California based company also revealed its own mapping service which includes several interesting abilities along with high-quality 3D mode.  Both the companies, Google and Apple, used air service to record and digitize the maps for 3D viewing.