Home » Arts & Entertainment » How to do Hole in a Card Trick 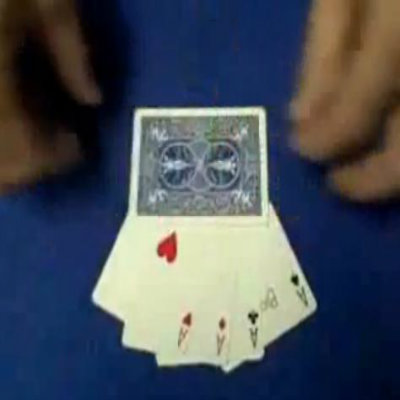 This type of card trick is often used by the magicians but anyone can play this by just keeping a few simple things in mind. The trick requires four Kings along with Jokers but you may also use 9s and 8s. You place the four Kings down on the table such that one King is at the Top and the other three at the bottom in a side by side position.  After that you place one Joker over the King at the Top. As you will pick one King from the table and place it between the jokers, it will disappear and the spectator will be amazed to see this. Although all the Kings should be together but when the cards are turned over, quite surprisingly they will be four aces.