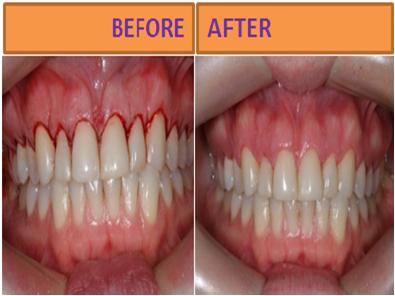 How to Get Rid Of Gingivitis At Home

Gingivitis, also known as bleeding gums, is in one among the gum diseases, causing inflammation in mouth. Painful gums, bad breath, bleeding gums, red swollen gums, receding gums, and the red swollen gums are the clear symptoms of Gingivitis. If you are suffering from any of these problems, then you really need to take steps to get rid of the Gingivitis in early stage before it gets worse. Never make the mistake to take this problem easily, as it can get into more serious and life threatening dental problem known as Periodontitis, intensifying loss of the alveolar bone around the teeth. This simple article contains some very simple but useful home and natural remedies in order to get rid of Gingivitis: