Home » Style » How to Look Like Ryan Reynolds in Blade 3 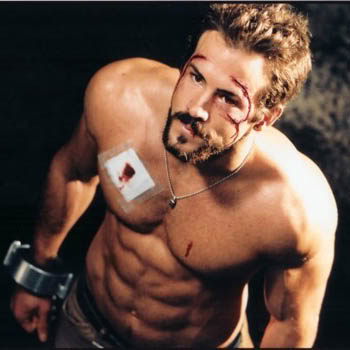 Ryan Reynolds, one of the most famous Hollywood actors, who was in a commendable shape in Blade 3, is desired by many. Most of the people idealise their favourite stars and set them as a benchmark to achieve a particular goal in their life. Reynolds increased his fan following through Blade 3 in a similar fashion, his too defined body and sharp cuts are fantasised by many.

Being part of some of the prominent movies including the Green Lantern, Buried, Safe House and Smokin’ Aces, the man surely looked incredible in Blade 3. Those who desire to look like Reynolds should keep in mind that he was already very lean and fit at the time he chose a rigorous work out for Blade 3. The percentage of fats and carbohydrates in Reynolds’ body was very little and he was in pretty decent form before starting his training for Blade 3.

The second motivational factor for Reynolds was that he was paid a big chunk of money. He was committed to his work out, had a personal trainer and a nutritionist was looking after every drop of water he drank.

In order to chase your dream, you should be determined and have the ability to do the work out for almost three hours a day and eat multiple meals.


Posted by vincent-chase in Style