Home » Food & Beverages » How to Make Your Own Chipotle Peppers 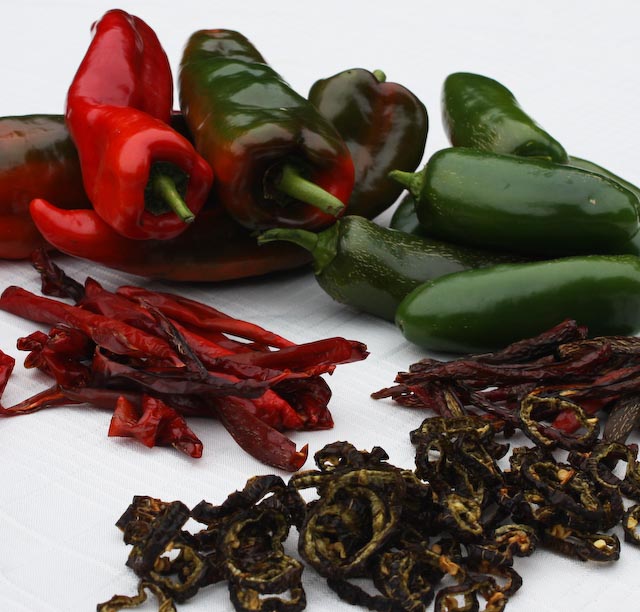 A chipotle pepper (pronounced chee-pote-lay), is a jalapeno pepper that has been smoked and dried, to intensify its flavour and heat. The pepper can be added to pretty much any insipid dish, to give it an exciting, fiery kick.

As they dry, the peppers will shrink, so roughly ten pounds of jalapenos peppers will yield just one pound of chipotle peppers. However, do not be alarmed; the heat in chipotle peppers is far more intense, so these are used sparingly and last longer – a single pepper can be used to flavour an entire dish.


Posted by morocco-foucault in Food & Beverages