Home » Autos & Transport » How To Replace a Car Timing Belt 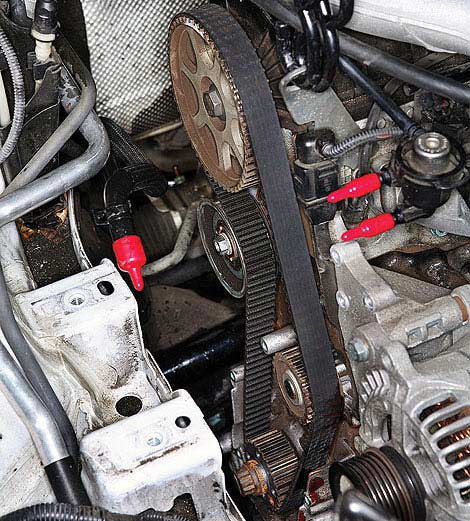 Timing belt is a part of the automobile which manages the timings of the valves in the engine. It is a rubber belt which is always in motion when the engine is up and running. This belt wears out with time and gets loose and saggy. If a timing belt snaps while the engine is running, it may seal the valves of the engine, causing severe permanent damage to the engine chamber.

A timing belt actually builds the connection between the crankshaft and the camshaft. This connection is vital to the running of the engine as the camshaft controls the opening and closing of valves in the engine. In some models, timing belt is also used to drive some other mechanical components of the car such as water pump or an oil pump.

Replacing a timing belt is a bit difficult than it looks. It is much more difficult than replacing a fan belt. It is advisable to also replace or clean out the water pump since it has to be removed during the replacement of the belt.


Posted by mike-miller in Autos & Transport