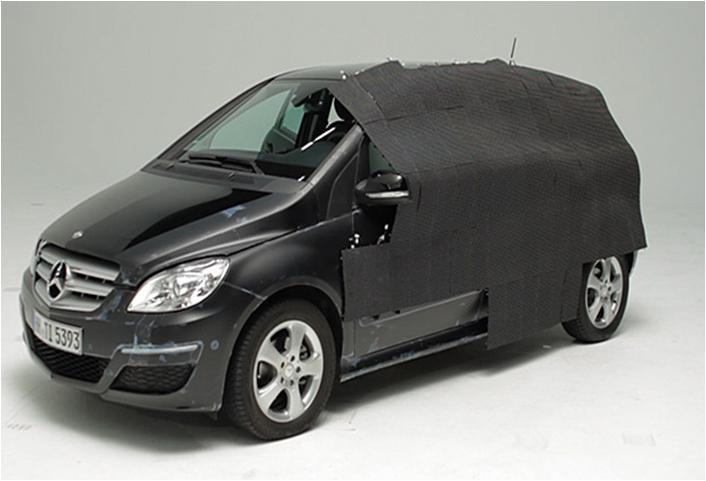 German automaker Mercedes-Benz rolled out a unique marketing strategy to promote its new fuel cell vehicle that uses F-CELL hydrogen technology. Instead of doing aggressive marketing of the hi-tech car or advertising it on a bigger screen, the company planned to make the car invisible. Just scroll down to watch the video.

In this clever promotional stunt, the company wanted to put an emphasis on the car’s ability to produce zero emission and ultimately protect the environment. You will see in the video how these gentlemen are cleverly doing it. The car is covered with several mats of LEDs across one side of the car and mounted with a video-shooting Canon 5D Mark II digital SLR camera on the opposite side of the car.

It is almost the same concept that was used in the “invisibility coat,” which was developed by a Japanese scientist back in 2003. The same idea has also been used in the iPad 2 Halloween costume that shows off a huge, ugly hole in the human body.

As you can see in the video, the car is being driven around by the company’s representative and brags consumers staring at the car as it is driven across Germany. It gives an impressive output particularly when the landscape behind is uniform, for instance while moving over the bridge in the video. A text advertisement is also displayed on the car which says it is “Invisible to the environment. F-CELL with 0.0 emissions.” Besides, the LED lights easily camouflage the car when it is parked somewhere.

The company said its F-Cell invisible car is “ready for series production,” but sources claim that it won’t come on road until 2014.  On the other hand, fuel-cell technology is comparatively expensive than others, perhaps it is a bit difficult to store and transport.

But we must acknowledge Mercedes’ efforts to develop a car with zero emissions and most importantly, one which is environment friendly, while also admiring the advertisement strategy of the company.