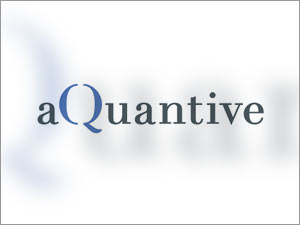 Software leader Microsoft has entered into the list of failures regarding display advertisements. The corporation witnessed a record loss of $6.3 billion in aQuantative in the hopes of declaring itself a victor against Google Inc and Yahoo Inc in the Internet display marketing.

Although selling of banner ads on websites and Internet marketing in general is considered a thriving business but Microsoft’s loss has shown how brutal it can be.

An outburst of advertising spaces offered by various websites, including Facebook, is considered the main reason behind slashing prices. But the reasons of decreasing profits of this once lucrative business do not end here. There are growing questions on the effectiveness of enforcing advertisements on Internet users,  besides automated online exchanges and smarter search advertising.

Morgan, founder of Tacoda who sold the project to AOL for $ 275 million in 2007, stated that “The inventory or amount of ad spots grew so fast, it outgrew demand.” He further said, “That brought pricing down massively. So a lot of display advertising really became a ghetto for bad direct-response advertising.”

Reputed heads of the ad industry are now whispering chances of Microsoft joining heads with Yahoo to re-evaluate the internet advertising approach. But what is known to many is that there is no clear-cut solution to the problems faced.

But there are a few ad deals which have been successful. Google, after purchasing DoubleClick for $ 3.1 million, took advantage of its dominant search technology and succeeded in displaying DoubleClick’s ads to a better targeted audience. On the other hand, Microsoft inauspiciously failed to take advantage of its Bing search engine in order to improve aQuantative ads.

Microsoft is still devoted to internet advertising despite the fact that the company is spending millions of dollars on its online services like Bing and aQuantative, though these efforts have not accomplished in denting Google’s market share.

One of the solutions that Donnie Williams, chief digital officer of Horizon Media, agreed for Microsoft’s predicament is to get rid of its high-volume and low margin display ads. This will also help Microsoft compete better with Google’s DoubleClick.


Posted by aimee hudson in Marketing