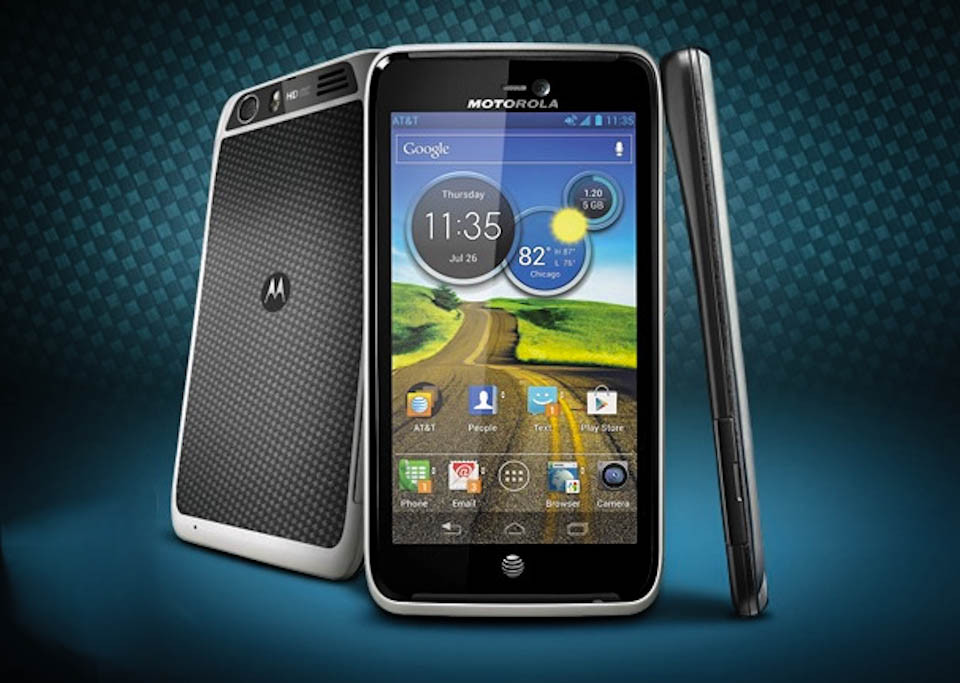 The recently launched Motorola Atrix is an attempt to compete with high-end Android phones like HTC One X and Samsung Galaxy S3. The phone is equipped with top of the line specs, a vibrant and crisp screen and Android 4.0 Ice Cream Sandwich. Let’s look deep into the specs of this awesome device.

From the design perspective, the Atrix HD is somehow similar to the Atrix 2 and Motorola Razr Maxx. The shape is almost the same but it is slightly thicker than Razr, bringing with it more sparkling and curvy features as compared to the previous Atrix phones.

But as you have heard many times about looks, they often deceive. Same is the case with the Atrix HD, it has undoubtedly classy looks, but the material used in it is not up to the mark. It is found that the phone is mostly made of plastic and is considerably lighter than rival phones (like the Sony Xperia Ion).

However there are some notable attributes as well. The power and volume buttons can be easily found, and it is the first Android phone that has the option of onscreen navigation buttons.

Motorola truly offers a much more pleasant experience than its previous models because the company has finally decided to drop Android. The Atrix HD uses a near-vanilla version of Android 4.0, which is eventually a significant development over previous versions of Android.

Just like other smartphones, the Atrix HD also has some unnecessary apps that you wouldn’t want in your phone. However, users can disable or uninstall these kinds of apps. One of the substantial additions is the Vehicle Mode, which enables users to program their phones to automatically carry out various tasks.

The phone display is based on LCD technology with a resolution of 720 x 1280 pixels which features comparatively good color reproduction and brightness. The phone is powered by 1.5Hz dual-core Qualcomm Snapdragon processor and 1GB of RAM. The internal memory consists of 8GB, however for those who need additional storage, a microSD slot is available for them. Other features like GPS, Blutooth 4.0, 4G LTE and Wi-Fi are also available.

The 8-megapixel rear camera in Atrix HD can be compared to Galaxy S3, HTC One X and iPhone 4S. It produces high quality images even in dark areas. The 1.3-megapixel front camera also performs very well, but it does not add much to the party.

Overall, the Motorola Atrix HD is an impressive device. It has a large and sharp display, fast processing software, and a number of additional features which make the phone desirable to use. However, the battery life is not as good as it was in Droid Razr Maxx, but looking at the price of just $100, the phone is almost good as the iPhone 4S, HTC One X and Galaxy S3.