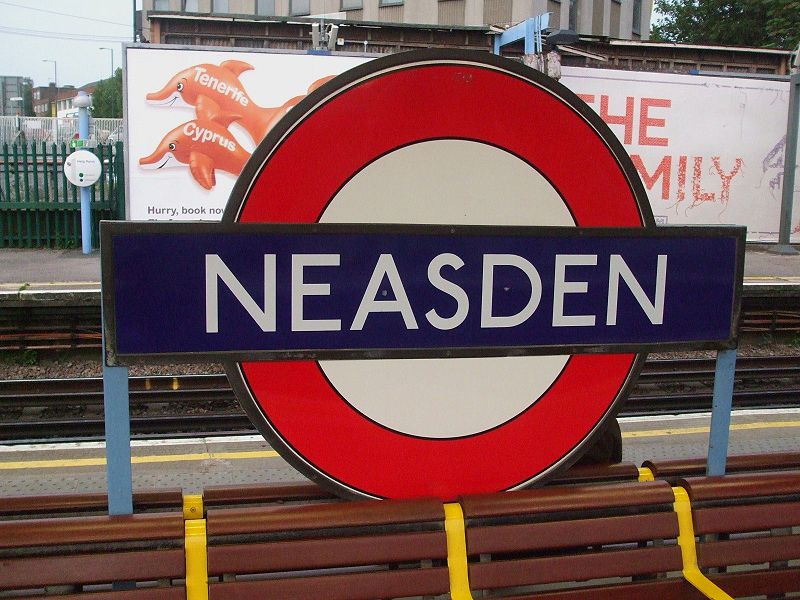 Neasden tube station is an underground station which is served by Jubilee Line, in between Wembley Park and Dollis Hill. The station was opened in 1880 as part of extensions to Metropolitan Railways at Neasden, but Metropolitan Line’s trains pass through the station non-stop and they make stops only on some rare occasions. The underground station was started with the name of Kingsbury and Neasden but it was renamed Neasden and Kingsbury in 1910. In 1932, the name of the station was again changed and the present name was given it. The Stanmore train services were transferred to Bakerloo Line in 1939, after nationalization of the Metropolitan lines in 1933. The station was constructed in 1880 but its 3 platforms and single luggage gate were built in 1990 and, now the station has many facilities for travelers like induction loop, toilets, vending machines, telephone, staff assistants and shops. The station has its one main entrance from Neasden Lane to enter in ticket hall and the same hall is used for exit. Places to explore near Neasden Tube Station.