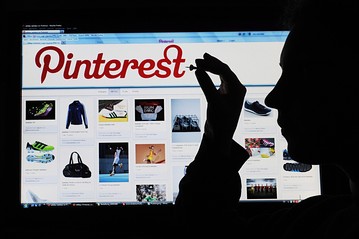 Pinterest, the well-known image-sharing site, is basically preparing itself for a plethora of future copyright issues by hiring Michael Yang in its organization.

According to Business Insider, Pinterest has confirmed the news and appointed Yang as its head of legal department. Yang was previously working with Google as deputy general counsel, but left the company on Friday. He is going to be Pinterest’s General Counsel and will begin his work on June 18.

In Google, Yang’ job description was to counsel product teams on a variety of issues such as privacy and copyright. Back in 2010, Google was facing privacy issues related to Google Buzz – and Yang was one of two lawyers who dealt with this controversy and met with reporters to explain the company’s position. More recently, he also went to Washington and spoke with several members of Congress about Google’s new privacy policy.

CEO Pinterest, Jonathan Klein, recently claimed that he had no concern with people uploading their pictures, although he raised the issue with companies who are taking benefits from these pictures.

Jonathan Pink, an intellectual property lawyer with Bryan Cave LLP, wrote an article in Law Blog related to how to use Pinterest without breaking the law.  He said “The best and easiest way to avoid trouble is to put up your own content, the content you created. Own the content you are publishing.” He further added “If you are going to play it conservative and safe, you should never pin an image on Pinterest for which you don’t own the copyright interest or for which you have not obtained a license from the copyright owner.”

Pinterest user base has increased rapidly in the last few years. By the end of 2011, Pinterest was included in the Top 10 social-media sites, and at the beginning of 2012, its traffic had increased up to 52 percent.